My generation of Lutherans is the worst EVER at dating.

{This just in: I may tend toward exaggeration. Slightly.}

Somewhere between sleeping with the last person you talked to at the bar and Mom and Dad demanding a blood draw and polygraph from the new guy before he can sit down to dinner, my generation stopped believing that you can actually talk to people in order to find out if you like them and started believing that God will instead just drop the perfect people, marriage-ready, off at their doors a like FedEx guy on a delivery route.

My generation (Ok, let’s get real. It’s usually the women.) is genius at coming up with excuses as to why they shouldn’t go out with someone. They are masters at explaining why an hour  of conversation and a grande, single-shot, extra hot, light foam latte is just too much to ask.

In the words of a recent Easter sermon, “Stop. Just stop it.”

And if all the pre-judging and pre-determining and pre-worrying and pre-planning-out-everyone’s-entire-future-together-including-who-will-and-won’t-be-invited-to-the-wedding-that’s-currently-non-existent weren’t frustrating enough, this conversation almost always occurs before the person’s ever even (a) met the other person or (b) gone on an actual date.

So, I have to ask: did A date—one, single, solitary, lone date—ever kill anybody?  Has anyone literally lost a limb over coffee? Have people ever physically melted down over one dinner?

No. Of course not. {Maybe don’t check the Guinness Book of World Records on this, just in case I’m wrong.} Actually, I think Illinois gets it right on this one: Date early and date often.

But not all that often. Let’s not go crazy here.

C’mon, Lutherans. (And really, c’mon, Lutheran women.) Dating isn’t something to be feared and overanalyzed. It’s also not the Black Plague. It will not kill you. You can handle this. Your mom and dad don’t need to go on the first date with you. You also don’t need to decide how many children you’ll have and what their middle names will be before you’ve ever heard his voice.

And just so we’re clear: Going out for coffee isn’t a proposal. If you breathe in the same proximity with one another, you’re actually not engaged. And if the date is horrible, and you find yourself wishing that your feet were weighted down with cement blocks and that he would toss you in a nearby river, you’re really only out a couple of hours that you would have spent pinning gowns to your fake wedding Pinterest board.

So go ahead. Ask me how I really feel about my generation and their messed up view of dating that never actually involves dating. 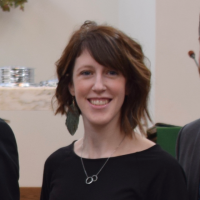