I hear you say a lot of things about people my age in the church, people 30 and under. I hear you say them and I really am listening–mostly–but in my head, I’m usually thinking,  “WHAT?” and “Aw heck.” and “Here we go again.”

That’s because you’re being silly.

It’s silly to say, “Our church needs to cater to the younger crowd.” No, you don’t. You are not the crowd whisperer. The crowd either (a) wants the good stuff, so there’s no need to cater, or (b) isn’t going to like the good stuff whether you cater to it or not. This isn’t grade school. You don’t have to try to be hip and cool so that others will like you. Just be you. Be Lutheran. It’s quite freeing.

Plus, when you start catering, you make yourself inconsequential because you’re just like everybody else. When you don’t cater, you stand out from the crowd. And as a Here-I-Stand kind of Lutheran, I am all about being the salmon swimming against the cultural current. And hey. You’re a boomer. Wasn’t your generation the one that made its name by sticking it to the man?

It’s also silly to say things like, “Churches should be more relaxed. Young people like relaxed.” I don’t. I don’t want my church relaxed. If I wanted it relaxed, I’d go to a spa to worship. Or Applebee’s. Or my couch. I want my church at full attention, because it ought to be, because Jesus is actually there, present among us in the Divine Service, and that is a big.freaking.deal.

It’s silly to say, “If something doesn’t change, this church is going to close.” It might close. You’re right. But that doesn’t mean anything about the church itself is wrong or needs to change. Why do we always assume the problem is with the church and never with us?

It’s silly, no, it’s really annoying when people say, “You went to the seminary and did all that work, and now you’re not a pastor? We really need more roles for women in the church.” Actually, I went to the seminary to learn about why Lutherans DON’T believe women should be pastors, and I’ll be the loudest proponent of a male-only, biblical model of the Office of the Holy Ministry you’ll ever meet. Women have pa-lenty to do in the church. Just because the jobs may not be flashy or because society says women should be breaking glasses ceilings doesn’t mean we need to create new work that the men really should be doing. And don’t get me started on my rant about how men don’t man up in church. Because that’s silly too.

I know you care about your church; that’s why you’re trying to drum up things to change about it. You want it to do well, to thrive, and you have good intentions.

But if anything is misunderstood here, it’s not hipsters. It’s the Church. The true Church will keep right on doing what she’s been doing for thousands of years–preaching the Gospel, teaching the faith, administering the Sacraments–whether you try to change things or not. She’ll do her forgiveness thing, and she’ll be good at it.

And in the meantime, we’ll just be here . . . being silly. The variable is us. Will we ever stop fretting about change and numbers and youth and AGH! long enough to sit back in the pew, forget about what time brunch at the country club starts, and simply receive what God has to give? We ought to. We better.

The Lord knows what He’s doing. The Church is His. He will safeguard it, guide it, and do with it as He sees fit. So let’s lay off all the unnecessary and silly little fixes, shall we? Instead, let’s go to the spa or Applebee’s, have ourselves a pedicure or a beer, and revel in what our Lord does well . . . because there’s a lot of it.

All of it, really. 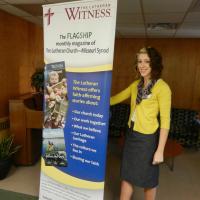 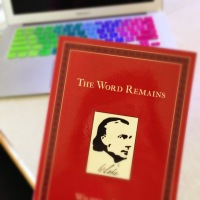 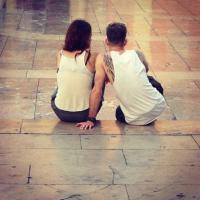 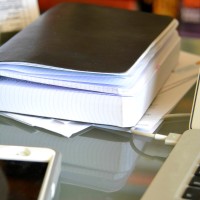